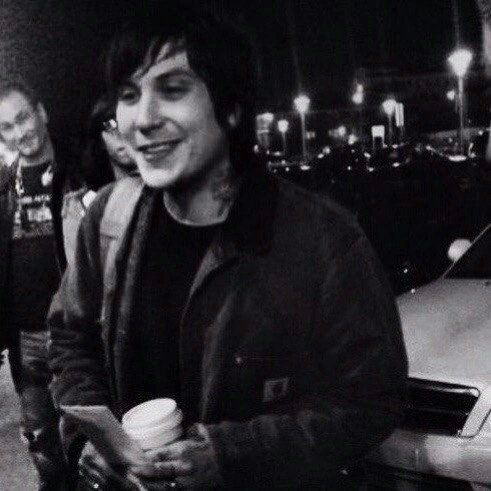 who is he? (Extracted from wikipedia) Frank Anthony Iero, Jr. is an American musician, known for being the rythmn guitarist for the band My Chemical Romance, as well as the vocalist for the bands Pencey Prep, Leathermouth and Death Spells. Iero has also started solo punk projects, and has released the albums Stomachaches (2014), Parachutes (2016) and Barriers (2019)

early life He was born on Belleville, New Jersey, but grew up in Kearny. He is an only child, and his parents splitted up when he was 3 years old, living with his mother. His father and grandfather were both musicians (drummers to be exact), they being one of he's major inspirations to be one too, seeing them play frequently and they encorauging him to play drums (he ended up playing saxophone, and then the guitar tho).

Frank suffered from a somewhat weak health in his childhood, having numerous bouts of bronchitis and ear infections, so, spended alot of his time on the hospital. He went to a catholic school (where i read in some place that he was bullied), and since he's 11 years old played on a big amount of New Jersey's punk scene bands; his mother let him to use the basement of his house for band practices. Later he went to Rutgers University on a scholarship, to study psychology, but dropped out later for going on tour with mcr. 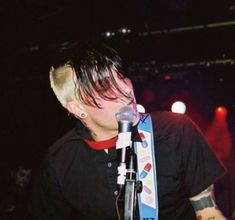 music career Before joining My Chemical Romance, he where in a lot of bands, but the most remarkable of all of them is Pencey Prep, where they even released an album called 'Heartbreak in Stereo' in 2001, before disbanding the next year. Trought this band, he knewed the guys from My Chemical Romance , who were already a band, as they had shared a rehearsal room with them, and became friends with Gerard Way and a big fan of their music.

Not much after Pencey Prep splitted up, mcr realized that they needed a second guitarist, so they proposed Frank to join the band (who obviously said yes), and well, the rest is story: they released 4 studio albums, reaching a high international popularity since 'Three Cheers For Sweet Revenge', gone on tour on a lot of countries, blah blah blah, then disbanding on 2013 and coming back on 2019. On this band Frank was characterized from being really energetic, especially on 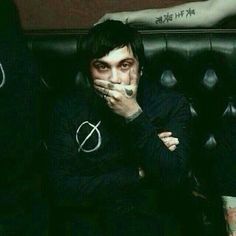 live performances, in the level that he has broken multiple of his bones, got injuries basically in every concert at least once, and also sometimes hurting the other members (fun fact he opened Ray's head with a guitar once pls)

While he was on My Chemical Romance, also had a hardcore punk band in 2007, called Leathermouth, where he released one album called 'XO' in 2009, and had live performances between 2008 and 2009 before becoming inactive. In 2012 he said that many of the members turned to religion and didn't wanted to be part of the band anymore.

After MCR disbanded, he formed a digital hardcore band called Death Spells releasing an EP in 2013 and a album in 2016 called 'Nothing Above, Nothing Below'. Also started making music on his own, in the first instance for distracting himself from his severe stomach aches that he was having in that time. He released his first solo album in 2014, called '.stomachaches.' under the name 'frnk iero andthe cellabration', then in 2016 'Parachutes' as 'Frank iero And The Patience', and 'Barriers' as 'Frank Iero and the Future Violents' in 2019. Another of his bands is Bloodnun, which is a black metal duo formed on 2013.

fun facts
- he's vegan
- he's lactose intolerant and has multiple food allergies
- he's married since 2007 and has three children
- there's a rumor (that has a lot of proofs) that he was F.T Willz, a tumblr blog who posted a lot of poetry around 2006-2008.
- He was featured in The Dodo with his daughters for rescuing a turtle
- He's the youngest and shortest member of mcr
- He's on the FBI watchlist bc of a leathermouth song